Patriots, conservatives, Constitutionalists, and those of faith have been subject to slander and character assassination by the left for years.  Slander is a core tactic of the left.  It has been effective in intimidating and placing doubts in the minds of those on the right about the truth and viability our our message.  If you slander or shoot the messenger, you sabotage the message.
Here is an example.

I sent THIS BLOG about the dangers of uncontrolled migration and immigration out to the world.
The blog mentioned a book by Ann Corcoran and provided her short video that succinctly warns about illegal and excess immigration.
I received this warning from one of the blog’s conservative recipients:


“Ann Corcoran is the darling of Vdare which is a white supremacist and anti Semitic blog. Probably not the best source.”

I wondered how true this was, so I replied:


“Show me evidence of this from sources other than from leftist sites attempting to smear her.”

I was aware that leftist sites like the Southern Poverty Law Center makes their living out of slandering conservatives.  I didn’t get a reply.  So I wrote again:


“What is the basis of your statement that Vdare is anti-Semitic?  I understand it has been smeared for being "white supremacist" by the likes of the Southern Poverty Law Center (a Progressive if not Communist group).  But I reviewed the Vdare site (the first time I looked at it) and could not find any evidence.
“In fact, there was one article that mentioned Jews, and that was in the context of Europe being dumb enough to facilitate the mass migration of Muslims which is horrible for Jews.”

That tidbit was certainly lacking in helpful specificity.  So I again responded:

“Haven't seen it.  More info?”  Guilt by association of who with what, exactly?  Curious minds etc.”


“What is their association with Vdare?
“HERE is an article from the ADL [Anti-defamation Defense League].  The ADL article claims that white supremacists support Donald Trump.  That is "guilt by association."  Therefore should we marginalize Trump because people we don't agree with support him?”

I used the Trump example because while I like Trump, I’m waiting for the slander to start.  So he replied:


“Trump never had them at his conventions, bad analogy “

Since I disagreed that it was a bad analogy, I pressed further:


“Trump hasn't been running long  enough for his adversaries to discover that  there are people with inappropriately diverse views attending some of his events.   And since I asked you three times for any basis of substance for your opinion, you FINALLY referred to "them" (whoever 'them' is) attending "his convention."  As a walk in?  By invitation?   As a demonstrator?   All I've heard so  far  is ‘guilt by vague innuendo.’”

To which he replied: 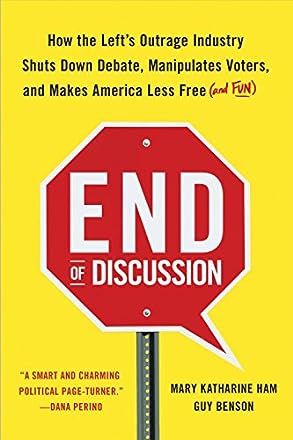 I ended my necessary “cross-examination” but am left with questions:
Did that reader just not feel the issue was worth any further effort, sort of like hit and run?  Is he beginning to doubt his initial opinion and didn’t want to deal?  Or is he so convinced of his initial opinion that he considers any questioning a waste of time – the “I’m too far above you to respond” syndrome?
There are two things that would have been better than “topic terminated:”  Either admit he didn’t have any hard evidence and admit he could be wrong or provide the hard evidence.  He did neither.
Whatever his reason for doing neither, his comments remain unsubstantiated innuendo.  But he planted the seed of doubt – exactly what the left is after.

*****
I gleaned several lessons from my research and this exchange:
If there is documented information out there from reputable sources that clearly indicates that either Ann Corcoran or Vdare are not to be trusted or are comprised of white supremacists or anti-Semites, I would like to hear it.  The reader I cited was unable or unwilling to do this.  All I got was guilt by innuendo – exactly what the left hoped for.

*****
Note:  Since I wrote this piece, I checked with three friends who are politically savvy as well as sensitive and attuned to potential "hate groups."  None of then had anything bad to say about either Ann Corcoran or Vdare.


Posted by Gerardo Moochie at 2:24 PM

Sad but true. Problem is, it takes minimum effort (time, thought, research, logic) to be influenced by quick left hits than it does to dig a little deeper for facts. How many "surface skimming voters" would even read this blog if it were presented to them? It takes too much effort. The best we can hope for is that Trump (or one of our other non-leftist candidates) is sincere, has the chutzpah, ability--and elect-ability to make it in 2016. But the left is vicious; poster child for the term, "any means to succeed."

Side note: A very knowledgeable Democrat-leaning member of the local legal fraternity recently sardonically mused to me that Trump could be elected for his "charisma" --to which I responded, "you mean like Obama did?" He had no response. But at least in this case if Trump wins, we'll know for sure where our president was born and where his loyalty lies.