Media as “god”; the people of the nations be damned–the Tommy Robinson example

I came across a telling, arrogant statement from an Associated Press (AP) article about the Trump/Kim summit.  The context of the following quote is the means of Kim’s flight from North Korea to Singapore…

By prominently showing the Air China jet that flew Kim to Singapore, the reports also made no secret of China’s important role behind the scenes. That might not bode so well for Trump, who has expressed some concern about China’s influence.

The media, in this case the AP, targets Trump, ignoring the fact that he represents the United States and the American people.  This might seem like a small nit to pick, but it represents the air of superiority and arrogance of the media and its incessant piling on Trump.  These same types of innuendos and slights are legion in most US media – a media that considers itself “world” media; or perhaps more to the point, “god media”, a detached and aloof god at that.

Tommy Robinson,  who for 10 years has been the voice of truth about the Islamic threat in Great Britain, recognizes the huge disconnect between “the people” of his nation and the media/ruler class elite who work hard at suppressing the truth.  In Britain, both the media and government aggressively suppress the truth about Islam and Muhammad to the extent that they jail people who contradict the government line that “Islam is a benign religion of piece”  and that Muhammad was a peace-loving spiritual leader.  And the British media, for the most part, go along with these lies.  Robinson was jailed several times by British authorities for warning about Islam (often under different pretexts) and has been unjustly jailed again for reporting on a court hearing for yet another Islamic terrorist.

In the following video Elsa (who has interviewed dozens of outspoken truthtellers about Islam) interviews Tommy Robinson where he describes the huge disconnect between “the people” and the British government and media.  Together the British government and media suppress the truth of Islam, not giving a damn about the destruction of neighborhoods and communities brought about by their insane immigration policies.  This same problem applies in the US.

More on Tommy Robinson from Elsa…

On May 23rd, I interviewed Tommy Robinson: on people who say it's too late, on himself at 18, on the many lessons he's learned, on some people saying he has the making of a great Prime Minister. Everything looked great. Two days later, on May 25th, the word went out: he had been arrested again. This time, it was for (supposedly) disturbing the peace. He was going about his business of being a reporter - not on the side of those in power.

His arrest brings up thoughts of people like Gandhi and Mandela. Gandhi was arrested over and over. Mandela (unlike Tommy, a true danger) spent 27 years in prison. Both spoke out against those in power, and both demanded change.
Tommy has previously spent 22 weeks in solitary confinement - his choice, to increase his chances of staying alive while being held among violent Islamic offenders, including Islamic murderers. Not a good place to be, when you care about, and speak out about, indigenous British girls targeted by Islamic "grooming" gangs.

There are major differences between Gandhi, Mandela and Tommy. Gandhi was a lawyer - well educated. Mandela was the son of a tribal leader - a prince, one might say.

Tommy is working class. In fact, the mainstream media has smeared him for his class background, for instance as a football hooligan.

The largest difference is that Mandela was arrested for his involvement in major terrorism, with massive amounts of bomb-making material; and he never spoke out against this or against terrorism; instead he kept close to the ANC (the group he was tied to), despite the horrific murders done by ANC people in the name of the ANC. Gandhi was also initially involved in violent activities. (For more on Mandela and Gandhi, search out Stefan Molyneux' excellent videos on The Truth about Mandela, and The Truth about Gandhi.)

Unlike Mandela and Gandhi, from the beginning Tommy has always been for peaceful protest.

He has also always been openly and strongly against racism as well as homophobia - against discrimination against individuals.

His protest has always been against an ideology, Islamic ideology - because Islamic ideology, as expressed repeatedly in the Quran, is against Western human rights and freedoms. It upholds, for instance, violence against non-Islamic people (such as vulnerable indigenous British girls). He has also always been against behaviors that violate human rights - like the "grooming" of indigenous British girls by largely Islamic rape gangs, and like the inaction, for decades, of the police, social workers and government officials.

However, while there are differences between Mandela, Gandhi and Tommy, perhaps there is a huge connection. Perhaps we are seeing, once again, a major political leader in the making.

Tommy Robinson, a man with the courage to keep speaking out, and with an amazing capacity to lead.

Perhaps Tommy will be the next great leader of Great Britain.
A few key points on the arrest: he was ostensibly arrested for reporting information that was not to be made public, but everything he mentioned was already publicly available. He was standing, so he was informed, where he should not have stood - but police on site had confirmed it was all right, plus it's the same location (steps to court house) used by other reporters, none of whom were arrested. Tommy's solicitor was told by the police he was being released, so no need to come. But Tommy was not released. Instead, within 5 hours, he was sentenced to 13 months in jail.

Within a couple of days, over half a million people worldwide had signed the petition asking for his release. Protests erupted worldwide - Australia, Canada, Israel, France, Germany, as well as Great Britain, of course.

Now, the interview. Tommy talks about:
- himself long before any activism,,
- his development over the past decade,
- his response to people who have given up,
- laughing though the situation is desperate,
- the huge change that has happened for him over the past 2 years, because he now can feel the massive support he has,
- and the suggestion that we might just be seeing a Prime Minister in the making. 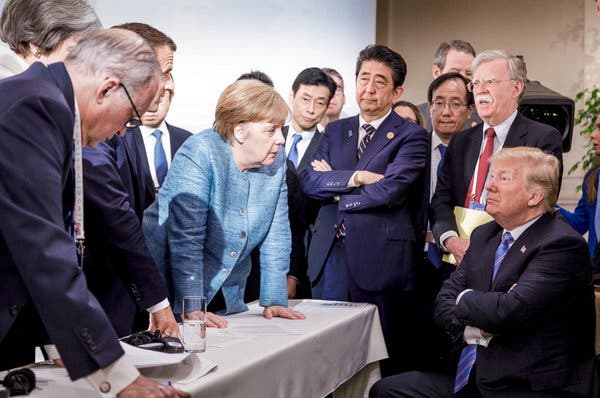 Posted by Gerardo Moochie at 11:17 AM 1 comments