I witnessed two sets of inert masses tonight at a local Tea Party meeting.  One was a Tea Party Congressman who voted for the debt ceiling increase that resulted in our credit downgrade, and the other was a Tea Party audience who showed the passion and outrage of a Boy Scout troop after a 50 meter march.

Rich Nugent, Congressman representing the 5th District of Florida, spoke to an estimated 250 Tea Party followers this evening.  After a mild-mannered 15 minute speech to the audience touching on the credit problems of the US, he opened the floor to questions.  The first two questions dealt with the nation’s credit problems, to which he provided a succinct three or four minute reply to each.

The third question dealt with oil drilling.  Nugent’s reply devolved into a 15 minute story about environmental protection of the mana 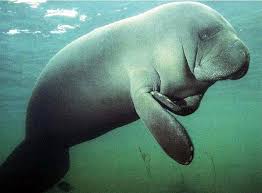 tee.  One Tea Partier questioned “Congressman, don’t we have bigger fish to fry than the Manatee.” (no pun intended despite the Manatee being a mammal)

What seemed outrageous to me was the amount of time the Congressman devoted to an issue that was on the mind of no one except perhaps the one questioner who probably never expected the answer to consume half of the question and answer period.  And this in the midst of one of the worst if not the worst financial disasters in this nation’s history.  Where is the Congressman’s sense of priority?  Is he that out of touch?

My question to him demonstrated to me that he is indeed out of touch.  I asked:

“Now that you know the consequence of  YOUR vote (for raising the debt ceiling) will you do all you can to urge the reconvening of Congress to make the changes necessary to reverse the credit downgrade?”

His answer:  “We have been discussing that.”  Essentially he continued “…we are waiting for the Senate to take action…” implying that the House did all it can and the whole issue is in the Senate’s court.

That was indeed a lame answer.  No passion, no outrage, no sense of urgency.  And this from an alleged Tea Party candidate.

What was equally outrageous was the relatively benign mood of the 250 in the Tea Party audience.  Again I ask:  Where is the passion?  Where is the outrage?  Where is the anger at what Congress is allowing to happen to our country.? Why isn’t every one of those elected officials back in Washington tomorrow with a vow not to leave the halls of Congress until they come together with legislation that reverses our nation’s credit downgrade?

Is that too much to expect?

Posted by Gerardo Moochie at 12:19 AM

And I had high hopes for this man. A Neanderthal gives better answers. I think we should consider someone else for the job.