What do you suppose is the reason why our judicial system is set up so that we are judged by a jury of our peers?  What is a “peer”, anyway?

A peer is “a person who is equal to another in abilities, qualifications, age, background, and social status.” Dictionary.com 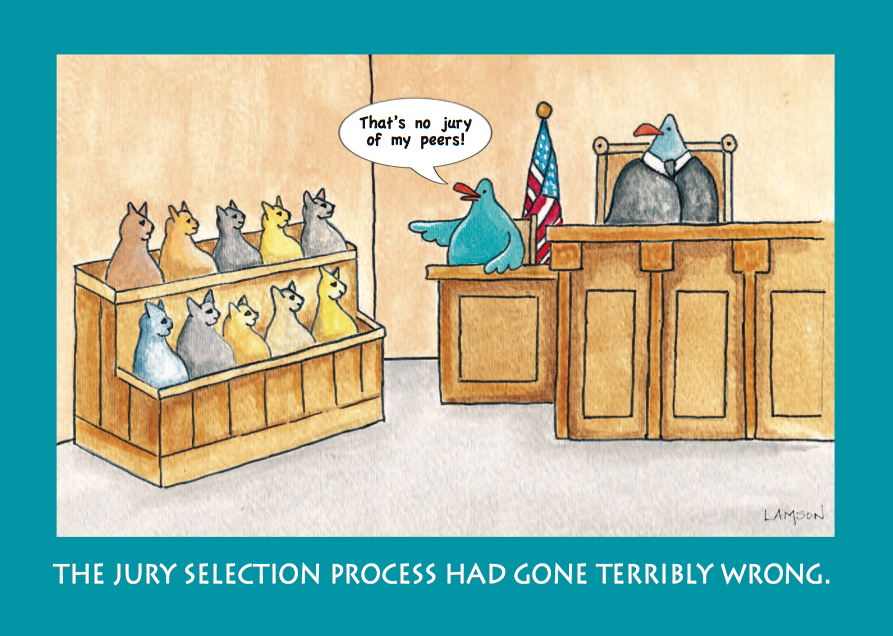 Why do you believe this jury-of-peers thing is set up like this?  Because our judicial system recognizes that people who have differences also have preferences and prejudices.  To deny humans of every sort have prejudices for or against certain other individuals is to be blind to reality.

Donald Trump expressed his sincere concern that a judge of Mexican heritage would not treat him fairly.  Why not?  Donald knows he has taken political positions, that, while best for our country, are offensive to certain segments of our society, most particularly, offensive to a progressive judge of Mexican heritage who is in a position to impose a legal verdict on him.

This does not mean Trump dislikes Mexicans or those of Mexican heritage. Trump has many Mexican friends and employees.  It is one thing to have a friend who doesn’t believe everything that you do.  Most people have that sort of relationship every day.  It is quite another thing to allow yourself to be judged and legally bound by someone who you are certain has significant disagreements with you because of his heritage and related biases.

That judge is not a peer of Trump.  If a jury is supposed to be comprised of a jury of your peers, why shouldn’t a judge be held to the same standard?

Trump also has Muslim friends and employees.  But should he allow himself to be judged by a Muslim when he knows darn well that Muslims were generally offended by his statements about Muslim immigration (in fact Muslims seem to be offended by most things our culture represents except the freedoms they have to impose their Islamic-inspired will on the rest of the population.)  Hell no!

Yet the media, liberals, and even many so-called Republican allies are jumping on Trumps’ comments about the judge as if what he said is racist or worse.  Give it some rational thought.  What Trump has said should make perfect sense to anyone who understands our legal system, human nature, and seeks justice.

Those who criticize Trump for his  statements either have a hidden agenda or are simply being idiots regarding Trumps rational concerns.

Even our so-called political allies are so brainwashed in “political correctness” and “fear of offending anyone for any reason” and false belief that “we all are supposed to think alike” that they can’t recognize a real life situations when personal bias is certain to cloud a legal process.

More food for thought demonstrating biases favored by the media:

Why shouldn’t Trump favor Americans who aren’t biased against other Americans?

HERE is Patrick Buchannan's’ view on the subject which parallel’s my own.

And HERE is how Breitbart covers it.

MORE EVIDENCE that Trump is right…

Posted by Gerardo Moochie at 6:25 PM