Gingrich doesn’t get it… and Ryan is a lost cause…

I couldn’t believe what I heard from Newt Gingrich on Hannity radio this afternoon.

Newt, what you just said is insane if you’ve been paying attention.  The Republican “team” is the problem.  Trump is the new team manager.  The manager isn’t the problem.  A number of members of the TEAM are the problem.  The team has been screwing up.  They’ve lost their credibility.  And now members of the discredited team, Gingrich, Ryan and others, are telling the new Manager that he needs to work with the crappy team? 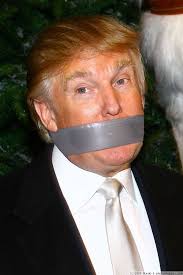 Gingrich stated that what Trump said about the La Raza loving judge of Mexican heritage was “inappropriate.”  Ryan went even further and called Trump’s remarks “racist.”  This falls in the same category as calling those “racist” who disagree with Obamas progressive, socialist, pro-Muslim policies.  No, policies are not a race.  Progressivism is not a race.  And Islam is not a race.

Trump correctly labelled Gingrich’s comment “inappropriate” as indeed it was.

Posted by Gerardo Moochie at 5:32 PM