The ultimate frustration: Not being able to discuss Islam with the willfully ignorant…

Every now and then, in the course of human events, we experience a situation that tests the limits of Ann Landers-taught social protocol.  I experienced such situation recently.

The situation I experienced was a visit to the home of a couple whose rules of conversational engagement with their visitors are known well – and enforced without mercy:  “Do not discuss religion or politics.” 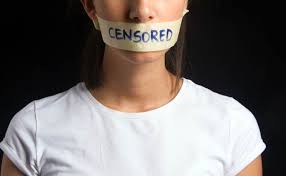 In the spirit of exercising my meager social skills I visited despite this taboo.

Of course, the hosts’ definition of “politics” assumed the broadest interpretation anyone can imagine – “the science of good sense applied to public affairs.”  Yes, of course we should stifle the discussion of good sense in public affairs during visits with friends (no wonder our nation is headed to the trash heap of history.)  And “religion?”  I suspect that means any discussion about the belief in anything is taboo.  The permissible topics are limited to gossip about friends, failing health, achievements of grandchildren, and the latest recipes.

The situation that caused me to choke, gag, and severely injure my lips and tongue involved the hostesses mention of her Muslim acquaintance.  She related how she had such pity on this dear Muslim woman because she felt shunned in our culture.  While the Muslima is married to a

Catholic husband, and is thought not to practice the Muslim faith, she looks Muslim, not from what she wears, but from the color of her skin, claims her friend.

I asked if she her friend might just  be a “cultural” Muslim.  I used the example of cultural Jews or Christians who may not attend Synagogue or Church but merely identify with the Jewish or Christian culture and mores.

I wondered two things:  How did she know her acquaintance was Muslim?  And if the Muslim is not practicing, why does she still insist on identifying herself as a Muslim?

My imagined but rational answers that I kept to myself were these:

My host likely learned her acquaintance was a Muslim only if she conveyed her beliefs to her – along with a large dose of “poor me – a persecuted Muslim.” 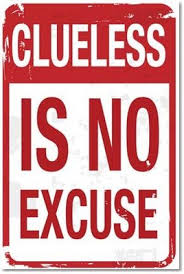 And why does she insist on identifying as a Muslim despite the reputation Muslims have gained throughout the world?  Most likely NOT because she disbelieves Islamic doctrine and the “perfect” life of Muhammad, but because she DOES believe in these things.

Her level of belief and devoutness of course cannot be known by mere infidels because Muslims are taught not to trust or take a kafir as a true friend.  I’ve wondered why anyone would openly declare a belief in something that has developed such a bad rep unless they really did believe in it and taken it to heart.

Four seconds expired since I asked my last question.  My “look” at pondering these possibilities must have been a tad transparent because my friend blurted out this statement:  “I believe it is fine that anyone practices whatever religion they want, Catholic, Jew, Muslim.  I think they are all fine.”

Yes indeed, she thinks they are all fine.  Just like all rattlesnakes are just as fine as green grass snakes.  And the pre-ordained gag order kicked in.  No discussion of religion or politics.   I could not express a word about how ill-informed she was concerning Islam.  Willful ignorance is her preferred state.

I couldn’t mention the blast by devout Muslims in Pakistan that killed 65 and injured 300  Christians celebrating Easter in a park.

I couldn't mention the 20 plus killed and over 130 injured by Muslims at the Brussels, Belgium airport, including several Americans.

I couldn’t mention the Pew poll that reveals that between 63 and 287 million people in Muslim countries support ISIS.  And those are just the ones who are forthcoming.

I couldn’t mention that 51% of U.S. Muslims want Sharia; 60% of young Muslims more loyal to Islam than to U.S.   And those are just the ones who are forthcoming.

I couldn’t mention the genocide against Christians in the Middle East at the hands of devout Muslims practicing their faith.

And I couldn’t mention the hundreds of terror attacks per month in name of Islam by Muslims as reported by the Religion of Peace web site.

I needed to remain Ann-Landers-polite and not offend my host.  And so I was.  And she remains willfully ignorant of Islam, like much of our nation’s self-absorbed population.

Some people edit out Islam as a cause for concern the same way the FBI edits out Islam as a cause of terror attacks.  Read the Clare Lopez report on the FBI purging everything Islamic HERE.  In the case of the FBI it is the seditious Council on Islamic American Relations (CAIR) that “convinced” them to be willfully ignorant.  What’s our excuse?

More willfull ignorance – this from the New York Times:  Governments can’t figure out why people become terrorists, they “defy a single profile”

Bonus feature:  What millions of us hope for in the US (source unknown):

It has started - Finally!

The first countries to ban Islam:  See how the world is acting fast on the threat posed by Islam and its barbaric Sharia Law.

Japan has always refused Muslims to live permanently in their country and cannot own any real estate or any type of business, and have banned any worship of Islam. Any Muslim tourist caught spreading the word of Islam will be deported immediately, including all family members.

The African nation of Angola and several other nations have officially banned Islam.

Record number of Muslims, (over 2,000) deported from Norway as a way of fighting crime. Since these Muslim criminals have been deported, crime has dropped by a staggering 72%. Prison Officials are reporting that nearly half of their jail cells are now  vacant, Courtrooms nearly empty, Police are now free to attend to other  matters, mainly traffic offences to keep their roads and highways safe and assisting the public in as many ways as they can.

In Germany alone in the last year there were 81 violent attacks targeting mosques.

A Chinese court sends 22 Muslim Imams to jail for 16 to 20 years for spreading Islam hatred and have executed eighteen Jihadists; China campaigns against Separatism (disallowing Islamists to have their own separate state).  Muslim prayers banned in government buildings and schools in Xinjiang  (Western China). Hundreds of Muslim families prepared to leave China for their own safety and return back to their own Middle Eastern countries.

Muslim refugees are beginning to realize that they are not welcome in Christian countries because of their violent ways and the continuing wars in Syria and Iraq whipped up by the hideous IS who are murdering young children and using mothers and daughters as sex slaves.

The Czech Republic blatantly refuses Islam in their country, regarding it as evil.

Alabama - A new controversial amendment that will ban the recognition of "foreign laws which would include sharia law".

The Polish Defence League issues a warning to Muslims. 16 States have all Introduced Legislation to Ban Sharia Law.

Many Muslims in Northern Ireland have announced plans to leave the Country to avoid anti-Islamic violence by Irish locals. The announcement comes after an attack on groups of Muslims in the city of Belfast, Groups of Irish locals went berserk and bashed teenage Muslim gangs who were referring to young Irish girls as sluts and should be all gang raped, according to Islam and ''Sharia Law''. Even hospital staff were reluctant to treat the battered Muslim patients. The majority were given the Band-Aid treatment and sent home with staff muttering ''Good Riddance''.

North Carolina bans Islamic "Sharia Law" in the State, regarding it
now as a criminal offence.

..and still the bleeding hearts think it is acceptable to accept them into OUR country on "humanitarian grounds" really ? -wake up AMERICA.

Posted by Gerardo Moochie at 11:25 PM

We should ban all Muslim immigration. Australia has taken a reasonable position as it pertains to Islamic immigrants as well as other immigrants. Immigration laws in the U.S. are absolutely nuts.