The 10 New Taboos That Traumatize Our Nation…

Politicians of late have become known for avoiding, dismissing, or being downright hostile toward a number of traditional ideological preferences of Americans.  The disdain toward most of these  preferences has been adopted by many Republicans and even many so-called conservatives.  It’s as if our leaders have ceased being proud of success of our nation – and maybe even consider many of these national characteristics as excessively prideful or mean spirited. 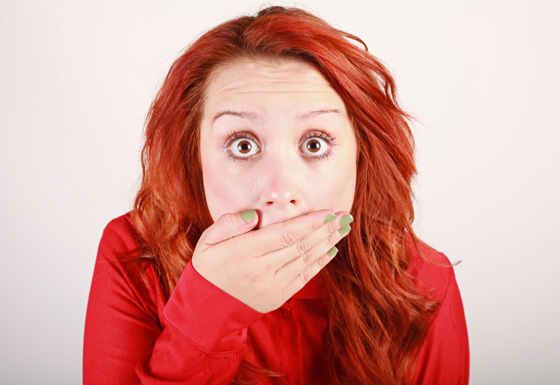 Nationalism. A belief that we must distinguish ourselves as a distinct, successful and proud nation.

Most of the political elite believe we need to suppress our nationalist tendencies.  That may offend someone, somewhere, somehow.  They tell us it is less important to be a nation and more important to believe we are part of the world.

Patriotism.  The outward demonstration of love and celebration of our nation and what it represents.

To political elites, patriotism is “over the top” and may be incendiary to those not so inclined.  They feel our nation has been too evil to celebrate.  Only radical patriot militias and clueless Tea Partiers do that.

Guns.  Great for self defense.

But many politicians hate guns because they kill.  They don’t distinguish between the gun and the user.  Lawbreakers kill, not guns.  They believe “guns, bad; more control over all citizens, good.”

Our political elites hate border security for several reasons.  First, they are in bed with the US Chamber of Commerce, controlled by big business, who want cheaper labor and lower the wage rates across the board.  Democrat elites want the future votes that illegals promise.  Catholics are bribed by the guilt wrought by the Church and its Marxist-inspired Pope to feed and provide for the world, which, by the way, is a faulty doctrine.  Many others are of the faulty belief the most immigrants have strong family values that will strengthen our own culture.  So let them all in – no problem.

Identifying our enemies.  Understanding which nations, ideologies, or groups benefit our national interests and which ones don’t.  Enemies might be nations (Iran, Syria, even Saudi Arabia), drug cartels, street gangs, or a misguided political movement – the Black Lives Matter, Hands Up, Don’t Shoot and the “Occupy movement” come to mind.

Our leaders, especially the Democrats, have found it impossible to call out these dividers and destroyers, both nationally and domestically.

Facts about Islam.  The fact being that Islam, the religion and ideology, is a threat to the civilized world.

This is a subcategory of “identifying our enemies” but deserves separate treatment.  The vast majority of elites in office, and most candidates, believe that Islam is just another religion.  They insist that Islamic jihadists and Islamic terrorists, either as individuals (“lone wolves”), or as coalitions like ISIS, have anything to do with Islam or, at best, are radical off-shoots of Islam.  Most do not recognize that the orthodox religion of Islam (like Nazism) informs and encourages the vile actions and promises we see Muslims engage in every day.

Defense of Christianity.  Defending the right of Christians to practice their religion at home, at church, and at their workplace without fear of violence, litigation or other form of persecution, both in the United States and in other nations.

Our leaders seem oblivious to the plight of Christians in Middle East nations, especially where Islam is advancing.  At home, there is little support for Christians living their faith either as an employee or as a business owner.

Promotion of Morality. Standards of behavior based on traditional Judeo-Christian norms that are believed by many to have been the basis for and prerequisite to making our nation great.

Our elites increasingly distance themselves from this historic association of morality and success as a nation and increasingly promote not just multiculturalism, but multi-morality as well.  Traditional morality is considered bigoted and old fashioned.

Personal responsibility, initiative, perseverance, hard work. These are all personal qualities that  breed personal and national success.  Now these qualities are considered by many to be chains of oppression.  Why should people be required to be personally responsible and work if the government can develop a program for them?  Congress and the President continue to reward citizens and non-citizens alike for not working with government EBT cards, subsidized or free health, free lunches, perpetual unemployment payments, and 1,000 other welfare programs and handouts.  Additional free stuff like “free college education” is being proposed all the time.  What’s next?

Speaking truth boldly, without apology.  Even if the truth offends someone. This is the essence of the reason for our First Amendment – freedom of speech.

The political elite have mastered the art of political correctness – described by one sage as the proposition that it is entirely possible to pick up a turd by the clean end.  Truth is avoided because it might offend someone.  People are losing jobs over expressing the truth.  Political candidates are ridiculed as buffoons or haters for speaking the truth boldly.

So, there the are, the top ten taboos of the political class.

These taboos have been raging in the Democratic party for many years.  Among Republican candidates and office holders, they have received positive lip service over the last few years.  However, note this:  Lip service only, with no energy or action behind it.  In fact, most Republican candidates and office holders have demonstrated their hostility to most of these ideological values still cherished by most Americans.

This current election cycle has demonstrated this sad and disappointing fact in spades.

Trump provides the best case study.  If you followed his campaign thus far, he has come down on the nation’s and citizens side of every one of these issues.  He either was the first to initiate discussion, or has so far been the only one to highlight the problem.  The result?  A chorus of name calling by the entrenched politicians and media, including so-called “conservatives.”

If you wonder why the proposals by Carson, Cruz, and Trump are not readily endorsed by other candidates and why they haven’t already been carried out by the current Republican office holders, look no further than their disdain toward many of these values still held true and dear by the average Joe on the street.

Posted by Gerardo Moochie at 3:30 PM

Amen, Brother. I can add nothing to embellish, except those of us who agree with you experience immense frustration over the situation. You said it all.