I attended my first Republican Club meeting in The Villages tonight, namely, the Sumter Landing Republican Club.  My attendance was primarily motivated by the broad candidate participation in the presidential primary and the promise of getting a sense of local opinion.

I arrived early.  That gave me an opportunity to introduce myself to a couple.  As part of my introduction I mentioned that one of my interests was promoting the truth about Islam.  As I was speaking with a woman, her husband chimed in and essentially asked if I have something against all Muslims.  I responded that my issue was with Islam – that Islamic doctrine from the time of Muhammad till today is all about intolerance, conquest, terror, and deception.  He mentioned, as many ignorant of Islam do, that he knows some good Muslims.  I mentioned that in the mid-30’s there were probably some good Nazi’s before they understood what Nazism was all about.  He answered back, “so yes there are good Muslims.”    I answered that the “good Muslims” are those who are either apostate, ignorant of the essential doctrines of their own religion, or are practicing one of their cherished doctrines, “taqiyya”:  the practice of dissimulation and deception to protect or promote themselves or their religion.

He then reminded me that “Islam is a religion ,” as if since it is a religion, it must be respected, no matter what.  He obviously had his own experiences he wanted to illogically defend, so I thanked him for our brief conversation and went on to others.  At that point I felt like I was introducing myself to a member of a Progressive or radical Democrat club rather than  to local Republicans.

If I continued my discussion, I would have asked the man if there was any point in time when the hypothetical 1935 Nazi would later have learned what Nazism was all about to the point where he would have said “I want no part of that” and disassociated himself from being identified as a Nazi.  Is there a point when the ideology one associates with becomes so well understood that he has to say “no more, I’m out – I’m no longer associating myself with that.”  I also would have asked if he believes that all religions are the same.  Are they all equally worthy of respect and protection within our country, for example those that practice cannibalism or human sacrifice – or those that promote killing unbelievers? No, that is NOT a perversion of Islam.

The same reasoning applies to those who continue to identify as “Muslim.”  Is there a point as Muslims learn the various doctrines of Islam as practiced and taught by Muhammad, promoted by Islamic leaders through the centuries, contained in sacred Islamic texts, and promoted by Islamic leaders around the world today when they have to say “I want nothing to do with that evil ideology.”  If they never reach that point, we have to understand that they understand and believe the doctrines of Islam as taught by Muhammad, contained in Islamic texts, and promoted by Muslim leaders today.  There is good reason for the expression “today’s moderate is tomorrow’s headline.”

Most who are both knowledgeable and truthful about Islam suggest that if we know the life of Muhammad, we know Islam.  After all, in the Islamic faith, Muhammad is considered “the most perfect human being and the one on which the lives and actions of all Muslims must be based.”  We know the life of Muhammad, we know what he practiced, we know his attitude toward Christians and Jews, we know of his intolerance of others, we know his practice of deception (taqiyya), we know of his terror and conquests.  We know Islam.

On to the core of the meeting.  The moderators took about an hour to solicit from the audience the issues that presidential candidates should focus on.  There were multiple discussions about how we should avoid political correctness and just say what needs to be said, however offensive it might be to some segment of the electorate.  The moderator wrote a number of suggestions on flip charts in the front of the room.  Suggestions included a balanced budget, family values, strong national defense, strong border enforcement and several others.

In the spirit of avoiding political correctness, I suggested a topic that fit under the major headings of both “national security” and “foreign policy”.   That topic is “identify your enemy.”  I elaborated that the Obama administration and most Republican candidates fail to identify that as a problem.  The “enemy” we spend billions of dollars to defend against (apparently with no intention of overcoming) is informed and motivated by Islam.  Islam is the political ideology that drives the terror attacks at home and the insurgencies and vile killings abroad.  It has been politically incorrect to identify Islam – not merely “radical Islam” – but Islam as the motivating ideology that requires that we spend billions on homeland security and foreign wars.  We have failed to do that – we have failed to identify our enemy.  This is the primary reason we continue to fail in our mission abroad and our security at home.

Do you know what the moderator put up on the flip chart to capsulize my suggestion?  “Foreign policy.” 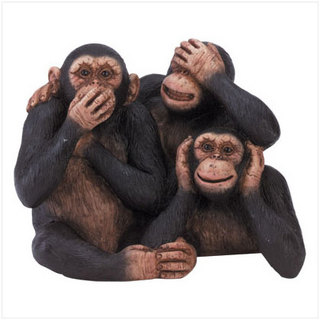 Not “know your enemy.”

Not “identify your enemy.”

Not “admit that Islam informs and motivates worldwide terror attacks and insurgencies.”

Perhaps we don’t want to publicly admit that Islam is the ideology that motivates those who hate our way of life and wish to destroy it.  Is it out of fear?  Is it because we don’t want to offend anyone?  Probably both.

My experience with these discussions this evening among Republicans does NOT give me any great confidence that the party will overcome their penchant for political correctness.  If they cannot admit to the ideology that triggers the need for our nation to expend billions of dollars and sacrifice hundreds of lives each year – a simple declaration of the name of the ideology that has declared war on us – then I see little real value in the Party.

The final admonition from the leaders and many present was that we dare not vote for an independent if one should run or else “we will lose.”  I’m not sure if what was meant is “the Republican Party would lose” or “the Democrats would win.”  There is a difference.

Posted by Gerardo Moochie at 9:26 PM