And why we are wasting resources on this one.

1945 was the last time we won a war.  WWII was the last time the American people celebrated a military victory.   Well, perhaps with one exception that most of us now admit didn’t turn out too well :  We ‘won’ in Iraq.  But the power vacuum we created in Iraq after Desert Storm created a worse monster than Sadam Hussein.  Iraq was surrounded by other nations dominated by even worse monsters than him.  Hussein was effective in keeping the lid on the roiling Muslim masses.  We removed the lid.

What’s different in our  victory in Japan compared to Iraq?  How come we didn’t create a power vacuum in Japan after we bombed the crap out of that place?

The Japanese were not Islamic.  They were civilized.   Come to think of it, all of the non-Islamic world seems civilized compared to most Muslim-dominated countries.

Here is the essence of why we haven’t won a war in 70 years: 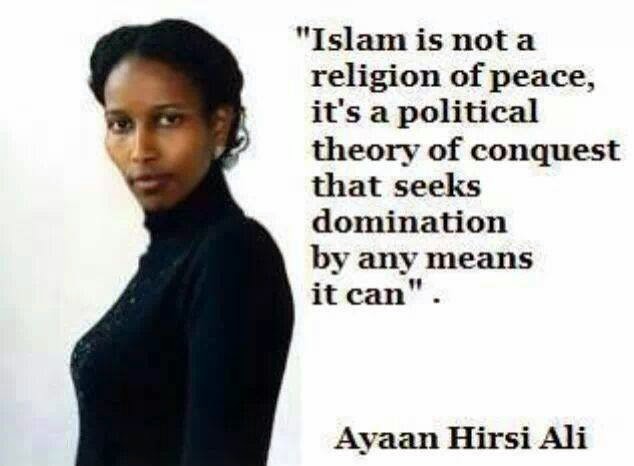 Posted by Gerardo Moochie at 4:22 PM

Your blogs are always excellent. Is there a word that means more than excellent. If there is than it should be used to describe this blog.
Bob

Could the U.S. become a future Caliphate?

At the rate we're going, it's not out of the question. We have "mini-caliphates" here already.

Don't be surprised if our current commander in chief bubbles up as the U.S. Caliphate's supreme leader.

Far fetched? Look at the signs. They've been fairly obvious for nearly eight years and in hindsight we can see that they've been brewing for many more.