I didn’t think much about the question “did Bush dubya keep us safe” until recently  - a month after Jeb Bush first raised the topic during his September 14 debate when he proclaimed in frustration:

“You know what? As it relates to my brother, there is one thing I know for sure, he kept us safe.”

Then it dawned on me – a month after those mindlessly defensive words – no Jeb, your brother absolutely failed to keep us safe.  We lost 3,000 souls during his watch and began a foreign policy chasing the wrong boogie men.

Not surprisingly, the left wing media jumped on Jeb Bushes’ failed attempt to claim his brother “kept us safe.”  HERE is one example from Think Progress.  Others who jumped on Jeb’s doomed claim include Salon,  Esquire, Huffington Post , Chris Matthews and several others. 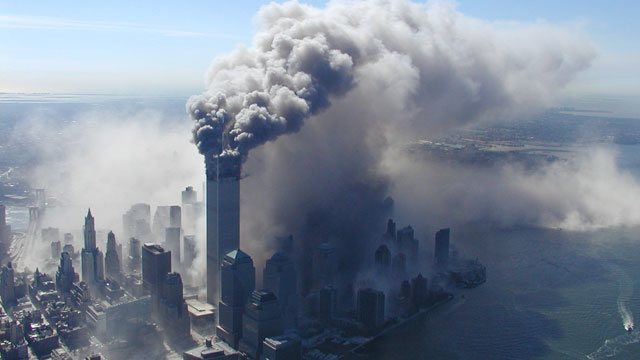 That Jeb miss-step gave Trump an opportunity to pile on, which he appropriately did in an interview with Bloomberg TV a few days ago when he stated:

"When you talk about George Bush, I mean, say what you want, the World Trade Center came down during his time…"

It’s amusing that the liberal mainstream media are today mocking Trump for saying the same thing about Bush’s failure as the liberal media said three weeks ago.

And yet , in a Breitbart review of Jeb Bush’s 2013 book ‘Immigration Wars’ Jeb Bush himself joined Trump’s argument and concluded that our “leaky” immigration policy was at least partially responsible for the attack.

“In addition to the Mexican drug cartels, the fact that several of the 9/11 terrorists entered the country lawfully under a leaky immigration system has heightened national security concerns—so much so that immigration enforcement has been placed under the Department of Homeland Security.”

Now a month after his attempted defense of his brother during the debate, Jeb persists in the impossible – making his case sound hopelessly pathetic – and destroying his assertion that he has distanced himself form his brother.  Here is the latest on this Trump-Bush feud from Politico.  Trump is winning the feud because he is not trying to defend the indefensible as Jeb is doing.  Will Jeb also attempt to defend the words of his brother – the words that distracted the United States from the real cause of the 9/11 attack - the belief system that motivated the attack - Islamic fundamentalism?

Here are his brother’s words – our president’s words 6 days after 9-11:

“The face of terror is not the true faith of Islam.  That’s not what Islam is all about.  Islam is peace.  These terrorists don’t represent peace.  They represent evil and war.

Those words clearly and painfully explain why Jeb’s brother did not keep us safe – why 3,000 were murdered during an Islamic-inspired attack on our nation under his watch.  For Bush dubya to utter those deceptive and woefully ignorant words only meant that he relied on advisors who not only misrepresented Islam, but failed to provide timely and accurate intelligence concerning the carefully planned Islamic-inspired attack.

Jeb has an even worse liability than the poor homeland security record of his older brother.  Jeb was governor of Florida during the lead up to 9-11.  During Jeb’s watch, many of the 9-11 Muslim hijackers were issued Florida drivers licenses that gave these killers free access to things reserved for US citizens.  Here’s the clincher from Breitbart revealing Jeb’s weakness on immigration and national security:

“Despite an attempt to address the news that some of the hijackers obtained the Florida I.D. cards, IBT pointed out, ‘Bush in 2004 endorsed a Florida bill to allow undocumented immigrants to apply for the very same identification cards carried by many of the September 11 hijackers.’”

Shame on George; shame on Jeb.

…and if you ignore 1,400 years of Islamic deception and conquest based on orthodox Islamic doctrine.

Posted by Gerardo Moochie at 4:20 PM

Very true. And Trump made his case clearly once again in Chris Wallace' interview today (Sunday, Oct. 18th). We never really thought about it until it was brought to light and spelled out with Trump clarity. Until then, we were simply "blind-sided."

NEW CANDIDATES LOOK AT BECOMING PRESIDENT LIKE ITS A ONE MAN WHO CAN DO EVERYTHING BY HIM SELF,SOLVE EVERYTHING BY HIMSELF . BECAUSE HIS EGO CANNOT AND WILL NOT MAKE HIM UNDERSTAND WHATS BEFORE HIM . THIS IS A HUGE JOB THAT BILLIONS OF LIVES ARE AFFECTED BY WHAT HE SAYS AND DOES .THE ART OF POLITICS IS COMMUNICATION ,EDUCATION ,GOVERNMENTAL EXPERIENCE ,HONESTY ,COMPROMISE , A RELIGIOUS FOUNDATION . HE MUST HAVE RESPECT FOR THE RULE OF LAW . OUR FOREFATHERS AND THE CONSTITUTION AS HIS COMPASS . GOD BLESS AMERICA...A DISABLED KOREAN VETERAN.

It is clear to me as it is to many people that the "one man", George Bush, should have had a much better assessment of Islam and of his intelligence heads than what he had. Bush was brainwashed be his advisers who gave him the "politically correct" but erroneous version of Islam. 9-11 is undeniably a major screw-up being defended by his younger brother, Jeb. One man, Trump, highlighted one of the problems that enabled 9-11 - a blatant weakness in our immigration system. Even Jeb admitted that weakness in his book I cited in the blog. We STILL have not corrected that. We have yet to identify Islam, and those who practice it within our current administration, and in Bush's, that deny our leaders the truth about their purposely deceptive belief system, Islam. At least Ben Carson gets it and not afraid to say so.

I HATE excuses by our leaders and their apologists.