Belief without faith is tolerant…of anything

You’ve heard the passage from James that reads:

“Faith without works is dead.”

It is also true that belief without faith is tolerant – of just about anything, including everyone else’s faith.

Here is a book that clearly illustrates this truth:

This book is written from the perspective of a liberal main line church, in this case the apostatizing Evangelical Lutheran Church of America (ELCA), the liberal Lutheran denomination that believes the Bible is not reliable and homosexuality, abortions and gay priests are all fine.

The book’s premise is that all faiths are worth “honoring”, meaning, I suppose, that there is good in all of them and nothing really bad to worry about.

It is true that there is “good” in all of them.  Among the differences between all faiths, there is good in each one.  For example the good in Jehovah’s Witnesses is their dogged dedication to door to door evangelism and their superior Bible knowledge, as misguided as it may be.  Their dedication and Bible knowledge would put most orthodox Christians to shame.

Another example, Mormons.  Their good is their strong family values, their faithfulness to their Church, and their sense of morality and work ethic, despite their beliefs that add views of God and salvation that are not in the Bible.

And here is the toughest nut to swallow, Islam.  Their good is their prayer life and their devotion to their faith, even to the point of giving up their lives for Allah in violent jihad, killing many innocents along the way whom they believe guilty of being opposed to Allah.  Now THAT is faith!

So as in the author’s likely view of the plan of salvation, he apparently uses a balance scale that weights the “good and evil” in each religion and determined that the “bad” isn’t even worth mentioning.  Is this why he concludes they are all worthy of “honor?”

This is not to say we should treat those with whom we disagree unkindly.  Of course they should be treated in a friendly manner.  But that does not mean their contrary beliefs should be “honored.”  Honor should be reserved for people and ideas that reflect the truth as we know it.  Error, mistake, ignorance, and willful disobedience do not deserve “honor.”

So what’s wrong with this book?  Here it is:  It only mentions the good and a handful of doctrinal differences from Lutheranism in the several dozen world religions that it considers .  It fails to mention any error or weakness or evil in any other religion, as if they are all equally valid and truthful.  It fails to mention why the author’s own faith is superior to any other faiths he compares his to.

There can only be one reason for that omission:  He has little faith in his own claimed belief system.

Here is an example from one person who reviewed this book on Amazon:

“THAT IS NOT WHAT THIS BOOK IS ABOUT (thank God) !!
Each denomination and religion is treated with utmost respect. Beliefs are stated without being ridiculed. Yes, there is a comparison between each religion and (ELCA) Lutheran beliefs, but even here, neither side is pre-supposed to be "right" or "wrong."

“…-the writer of this review is a lay Episcopalian who is interested in theology, but has no formal academic study on the subject. This book is not just for clergy!”

Yes, indeed, the writer of the above review is from another apostatizing liberal denomination, the Episcopal Church in America.

These people represent those of the various liberal, apostatizing “Christian” denominations who don’t have enough faith in their own religion to understand the deadly error in competing religions.  It is all about tolerance.  When you lack belief in your own faith system, of course anyone else’s faith system seems tolerable and “worthy of honor.”

Consequently a "tolerate and respect everything" approach is taken. It is quite natural for those who don't feel strongly about their own faith and doctrine to have an easy time honoring, accepting, and respecting the religion of others. Many among the more liberal Christian persuasion tend to believe that one religion is just as good as another - it is just a matter of taste and personal preference, such as "there are many ways to heaven" - pick one you feel comfortable with. Even the Pope has given the media (and the world) the impression that our works and conscience enable even the unbeliever to go to heaven.

This is a common view among the “feel good” churches that pretty much remain Christian in name only.  They reflect our “honor and respect everything” culture – even the religion that vows to eradicate the Church as Islam has promised.

Another way to put it is having so little faith in your own beliefs that you honor just about anything.  Can you say that?  I hope not.

These liberal churches have “belief without faith” and apparently have a death wish. 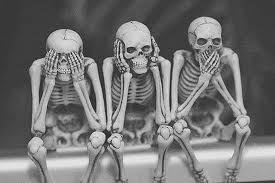 Posted by Gerardo Moochie at 11:55 PM

Your statement that the new "Pope of the Catholic Church declared that heathens go to heaven if they are "sincere' and do good works" is a bit overstating it.

However I do agree with your comments. The article at Catholic org is wiggling a bit to placate the orthodoxy.

Here is a direct quote from the Pope:

“You don’t have to believe in God to go to heaven. The non-believers would be forgiven by God if they followed their consciences.”

I think my interpretation pretty closely nailed what the Pope is saying. Maybe he "meant" something else, but the media and average layperson would take the meaning as I stated pretty much at face value.

OK, I am willing to have my opinion changed but the link from this blog forwards me to a prior blog and that link goes to:
http://cleansingfiredor.com/2012/10/whats-it-all-about-lumen-gentium-16/

where I am unable to locate the quote.
I am probably missing something.
No argument, just trying to find your quote.

Good question about the source. I'll look for it and provide a more direct source. Thanks for mentioning that bit of unhelpful links on my part.

Here is a better link:
http://www.catholic.org/hf/faith/story.php?id=51077

This is a link to Catholic Online, a Catholic website. They clarified the intended meaning. You are correct that it is being misapplied by the media.

For my part I will refine my "overstatement" to something like "the Pope has given the media (and the world) the impression that our works and conscience enable even the unbeliever to go to heaven."

The Pope's public statement about unbelievers going to heaven based on their works and their conscience reminds me of what our political leaders say about Islam for public consumption: That Islam is not a threat - it is a "religion of peace" misrepresented by a few radicals.

Privately, to various constituencies, elements of both the Vatican and of our government tell a more truthful story. I understand a day or two after the Pope's pronouncements about excessive focus on abortion, he made a fiery and dogmatic presentation about the need to fight abortion. Some elements of our government occasionally *privately* admit to the truth about the threat of Islam, although this is quite rare nowadays.

Easy to see how the press will take the Pope's quote and draw incorrect conclusions. From the link you provide I read the following:

"On Wednesday he (the Pope) declared that all people, not just Catholics, are redeemed through Jesus, even atheists."

And what does "redeemed" mean? Why, to many, being saved. My dictionary gives this as one definition: "To save from a state of sinfulness and its consequences." But that redemption must be accepted. (I stand at the door and knock.) It gets a bit semantic and foggy.

As far as Islam is concerned, Churchill summed it up pretty well,

"How dreadful are the curses which Mohammedanism lays on its votaries! Besides the fanatical frenzy, which is as dangerous in a man as hydrophobia in a dog, there is this fearful fatalistic apathy. The effects are apparent in many
countries, improvident habits, slovenly systems of agriculture, sluggish methods of commerce and insecurity of property exist wherever the followers of the
Prophet rule or live. A degraded sensualism deprives this life of its grace and refinement, the next of its dignity and sanctity. The fact that in Mohammedan law every woman must belong to some man as his absolute property, either as a child, a wife, or a concubine, must delay the final extinction of slavery until the faith of Islam has ceased to be a great power among men."