The shutdown blame game: Why aren’t Democratic Socialists (and the Communist president) blamed for shutdown? 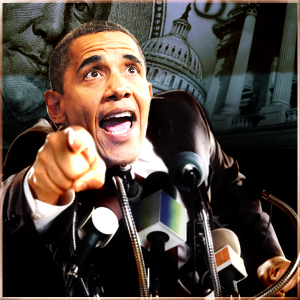 “They’re the ones who did it!”

I do not understand why the Conservatives, those who desire our country to be fiscally responsible, the “adults” in the room, need to be blamed for any shutdown.  Any why does the democrat controlled Senate and the president himself escape any responsibility for s shutdown if they refuse to jam useless socialist crap down America’s throat?”

It is the “something for nothing” socialists and Democrats, the “children” in the room who will be shutting down government (if it ever really happens.)

The modus operandi nowadays has become “blame the parent.”  And liberal socialists and the media are doing a great job at blaming those who are trying their darndest to be fiscally responsible.

Face it, not only is Obamacare not ready for prime time due to its innumerable technical glitches, but it is a socialist program we cannot afford.  It has been built on a foundation of Obama lies from its very inception.

Personally, I’ve heard more than enough of Obama’s snide and condescending mockery of those in Congress trying to be the adults in the room.  Obama is playing the role of the brat in the hoodie mocking the cops.

No, despite the bad reporting as exemplified below, it is NOT the Conservative who will “shut down” government – it will be the tantrum-throwing socialists who insist on spending money we don’t have and foisting a massive health care program on us that won’t work.

Here is one of many examples of ignorant, leftist-pandering reporting, and, of course, from the New York Times:   (Items underlined for emphasis; my comments in [bracktets] )

WASHINGTON — The federal government careened [hyperbole?]Saturday toward its first shutdown in 17 years, as the White House and Congress pointed fingers at each other and as Republicans in the House sought to shape their response to a Senate bill that removed a House provision tying further government financing to a gutting [like the “gutting” of a dead animl] of President Obama’s health care law [“health care law” is too kind; how about President Obama’s boondoggle?].

Developments in the potential government shutdown and looming [looming, as in “looming darkness and dread” – oooh] debt ceiling fight.

Obama on the Looming Shutdown

Graphic [misrepresents Senate option to prevent a shutdown by accepting defunding of Obamacrap.]

House Speaker John A. Boehner arrived at the Capitol for a meeting on Saturday with Republicans over the budget negotiations.

House Republicans prepared to meet in a rare Saturday session to plot their next move [another loaded word; how about “plan” their next step] , which would effectively decide whether much of the government will be shuttered as of Tuesday. [House Republicans don’t “effectively decide.”  The Senate “effectively decides” when they get the House bill back again]  If Republican leaders relent [i.e. “cave”] and accept a stopgap bill passed by the Senate on Friday to keep the government running [why is this a good thing?] through Nov. 15 without the health care provisions, the shutdown could be averted. But if that happens, House Speaker John A. Boehner will face a revolt from the conservative side of his caucus.  [and Boehner will hopefully be out of a job]

And this is Harry Reid lieing his ass off, blaming the House:

…the only way to avert a looming government shutdown would be to pass the Senate’s continuing resolution bill that fully funds Obamacare.

“I want everyone to listen and to hear: The United States Senate has acted,” Reid said on the Senate floor. “This is the only legislation that can avert a government shutdown, and that time is ticking as we speak.”

Reid added that the Senate is “going to accept nothing as it related to Obamacare.”

Reid gives Mormons a bad name every bit as much as Joy Behar gives Catholics a bad name.

The next time you hear a Democrat accuse us of “shutting down the government” tell them that their socialist spenders – their elected irresponsible “children” were the cause.  They have a new defective toy, Obamacare, they wanted to play with and their responsible parents didn’t let them.  So they are blaming their parents as children are prone to do.

Posted by Gerardo Moochie at 2:45 PM