Phases of trust in society. Where do you stand?

With the advent of multi-culturalism, broken borders, and progressive politics that has little resemblance to our founding principles, many of us are in the process of disengagement from our society as we knew it.

Trust and identity with our society go hand and hand.  We are less likely to trust that which we cannot identify with.  Do you trust government economics?  Do you trust the homosexual agenda?  The “Islam is a religion of peace” crowd, or the “we need to wreck our economy to reverse global warming” academicians?

Here is  a theoretical hierarchy of feelings toward our society as they deteriorate from gung ho patriotism (enthusiasm) down to separation and autonomy.

Each of these phases contain varying degrees of of other phases.  But the name depicts the predominant feeling – either within an individual or the society at large.

Here is a detailed description of the characteristics of each phase of disengagement from our society:

This phase was most prominent from our nation’s founding through the early sixties (pre-Vietnam).  Flag waving, partiotic parades, frequent patriotic  public service announcements on TV and radio promoting pride in America (Bugs Bunny:  “Any bonds today.”)  American civics was taught in our public schools and Christian prayer was encouraged.  We were a united Christian nation proud of our heritage.  There were elements of passive contentment, indifference, and concern, but those were minority sentiments. 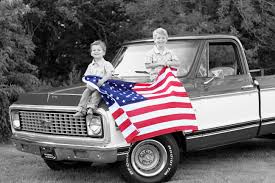 This is a phase of passive contentment – all is (mostly) well in the world - without being overtly patriotic and while avoiding negative feelings of concern or dismay.  Contentment is a close but more positive cousin of indifference.  US societal contentment was a brief majority view leading to the Vietnam War.  Little activism was in vogue during this phase other than abortion rights and early phases of the civil rights movement.

The concern phase begins with our first notice of events or societal behaviors that we feel may disrupt our sense of contentment.  Concerns arose about the Vietnam war and have grown today over a number of social, moral, and economic issues.

Activism is a phase that we find useful when our concerns become strong enough to motivate us to do something to reverse the threat to our contentment.  This was born during the civil rights movement of the sixties and extends to many disparate activist movements today.  There were and still are segments of minorities within the society who are content or indifferent but activism is the dominant phase of the society.

This phase occurs among those who sense that activism has become futile.    The things that have become consciously bothersome seem to overwhelm any amount of activism we have the motivation to muster.   A “why bother” attitude begins to take over.  There is a growing sense of concern and dismay that neutralizes positive thoughts about our society.  Today these concerns are the direction of society’s moral or fiscal attributes.

Dismay and suspicion begin to occur upon the realization that mega-forces have turned our sense of good and evil, right and wrong on its head and there is little we can do about it.  Things are not the way they were and should be and are not at all likely to change for the better.  Homosexuality used to be wrong. Now it is celebrated.  Even the sanctity of marriage, formally associated with Biblical morality, has been destroyed.  A day after the worst attack since Pearl Harbor (9-11) by Muslims we refuse to identify the ideology behind the attack.   A day later our president declares Islam “a religion of peace.  Three years later we elect a Muslim president.  All the while our nation’s indebtedness goes through the roof.  Politicians and academicians ridicule our heritage and our constitution.  Our trust in government, especially the federal government, plummets.

There are rare examples of politicians doing the right thing in the world today.  One example is Geert Wilders.  He remains an activist in spite of his dismay with the direction his country has gone regarding Islam (see his recent speech HERE.)

Alarm/fear:  Those who go through the dismay/suspicion phase will develop a healthy dose of alarm and fear.  This may motivate a degree of renewed activism in some.  In others it will motivate a desire for separation and autonomy from the society.  In either case, whether they become a dismayed activist or a separatist off-the grid prepper, they will be seen by the establishment (mainline churches, mainstream media, academia, and government officials) as “radicals.”  Some may remain in the “alarm/fear” phase without taking any action.  As their defense they ignore or bury their fear in a see/hear/speak no evil state of indifference and succumb to mind-numbing, don’t give-a-sh—activities like perpetual golf, drinking, or entertainment.

Those who become alarmed, even fearful of where we are going and what might happen will go in one of three directions:  Born-again activist, mind-numbing defensive indifference and inaction, or active separation/autonomy.  This latter phase is reached when we know we have to do something.  We can either change the “system” (society, culture, politics, government, morality, religion, etc.) or we can protect ourselves from all of those things.  We realize we cannot change those things outside of ourselves because the inertia behind these threats are too great.  Many of us have already tried and felt like we were knocking our heads against the Rock of Gibraltar.

Once we determine that the only rational course is to do what is best for ourselves and our families, we have several choices of how to proceed.  The Boy Scout motto comes to mind for most:  Be Prepared.   A Mormon Church motto becomes relevant:  “… for we know that it is by grace that we are saved, after all we can do."  2 Nephi 25:23

“After all we can do” is the money quote.  It is different than the typical orthodox Christian “do nothing” belief that we can do nothing apart from God’s grace.  Do nothing is a recipe for disaster in the temporal realm.  The temporal application of that admonition is this:  Doing nothing is not an option.  Too many Christians doing nothing - expecting God and others to do it for them – is an un-Biblical approach and misapplied doctrine.  We are to do “all we can do” to save ourselves before we rely on government (the “god” of many) to save us.

Some choose establishing a year’s supply of food and other essentials as their measure of prudence.  Others may seek those of like mind to form a “prepper group.”  Others who expect the worst may join a “bug out” group and head for the hills, the farm, the swamps, or nearest national park.

I find myself in a combination of “Dismay” and semi-“Autonomy.”  I am beyond the traditional “activist” stage.  That, to me, is futile and a waste of time and resources at this point in my life.  I need to focus on what I can influence and control:  Myself.   That is enough of a challenge.  This includes preparing for events I see unfolding, especially potential civil unrest and cessation of essential services from an economic meltdown, cultural clashes or other significant event.  While I remain attached to the grid, my objective is to create a mindset and eventual capacity of self-sufficiency in anticipation of events born of a society gone awry.

Posted by Gerardo Moochie at 4:42 PM