Granted, details of the confrontation between Michael Brown, the black Ferguson teen, and the Ferguson police department are murky.  Undeniable is all the blowback from this incident that will reverberate against police departments and race relations across the nation.

The President and all “progressives” who loath local government and seek to exert federal control over all aspects of our lives are using this incident to promote their oppressive agenda.

In the wildly presumptuous words of Obama…

"There is also no excuse for police to use excessive force against peaceful protests or to throw protesters in jail for lawfully exercising their First Amendment rights."

This statement is equal in its presumptuous and incendiary effect to his untimely remarks made several years ago when he prematurely stated that “the Cambridge police acted stupidly…”.

Obama has zero evidence that excessive force was used against “peaceful” protests or that those jailed were lawfully exercising their “rights.”  He is every bit as much of a flame fanner as the excruciatingly “reverend” Al Sharpton.

And Michael Brown:  6’ 4”, 300 pounds, described by his uncle as a “gentle giant” and “very shy”.  “Very shy” large men don’t try to grab guns from cops.  Do we have another Treyvon Martin – another son of Obama? 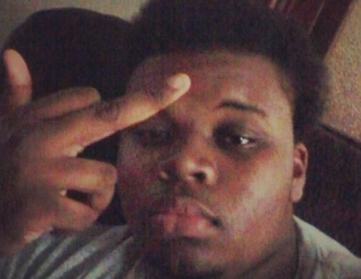 Just like druggy Treyvon, Michael Brown was no saint despite the impressions “the hood” tries to portray about him:

“…MICHAEL BROWN…was the suspect in the strong-arm robbery of a $48.99 box of cigars from a convenience store which was caught on surveillance video” just minutes before he confronted the cop.

His actions may or may not have justified his death.  But neither do his actions justify being declared a martyr.

The media, 90% liberal and some unknown percent Islamic, is especially fanning the flames.  There are articles all over the internet complaining that police departments are too well armed and their uniforms look “too intimidating.”  What do they want the police to wear?  Dresses?  A Washington Post and Huffington Post reporter was arrested, most likely for not obeying lawful orders during a civil emergency.  Al Jazeera (pro-Islam/anti-US)photographers were chased away with teargas and are now demonizing the Ferguson police and gaining the sympathies of other media outlets.

Here is a flyer sponsored by the Nation of Islam, among others, calling for the immediate firing and murder charge for the police officer who is alleged to have killed the 250 lb. 18-year-old…

It has been well known for a couple of decades that many gangs and hoodlums are better armed than many police departments.  This is the first time in my 60+ years that I’ve heard that police were too well armed to face lawlessness.  That is close to being an oxymoron.  Let’s see, should the police just hang out and allow the plundering and burning, or should they do all they can to restore order?  That seems like a no brainer to me.  Should the police wear their tourist-friendly shorts and fedora’s while confronting the rioters, or should they wear apparel that both protects them and projects some semblance of authority?  Even the anarchist-in-chief wannabe Rand Paul would love to declaw police departments.

The Ferguson police department is not the only force that is in the spotlight. Police Chiefs across the nation are on the firing line as a result to the widespread liberal media onslaught.  This plays into the Obama/progressive agenda in spades.

The agenda is this:

If I was a police chief or mayor of any American city, I would be very concerned that the nation is hell-bent on limiting police department capabilities and actions in the face of anarchy and civil violence.  In fact, this bodes ill for local autonomy and is part of a multi-decade tsunami of federal authority over local rights in virtually every function of local government.

Now that the Missouri Highway Patrol captain has taken over the operation in Ferguson, things have quieted down.  He doesn’t want any police presence at demonstrations.  If a few rocks are thrown, some property is damaged, so be it.  When police confront violence in certain neighborhoods, they need to back off because they incite violence – that is the message.  The message to all police departments across the nation is this:  Tolerate lawlessness; don’t get in anyone’s face; back off; ignore law-breakers in certain neighborhoods where lawlessness is a part of the culture.   This is part of our perverted “tolerate everything” culture.  I expect the Ferguson Police Chief to succumb to the same fate as the Sanford Police Chief – unemployment.

Predictably, evil filled the vacuum created by evil’s intimidation of law and order.  The police were ordered to “stand down” so as not to offend the latent rioters, and rioting and looting were the order of the night.

Regrettably, this is the same mindset that prevails in our culture with regard to Islam:  Don’t confront the Muslims who are known to be plotting to impose a different legal system – Sharia – to transform our nation.  They may be offended and may be upset, may sue, or become violent.  “No-go” zones are likely to pop up all over America, not just to satisfy Muslim ghettos, but the desire for lawlessness in black communities as well.  Are we seeing the beginning of a government mandated tribal system – each region having its own system of morality and justice?

On Saturday the Governor declared a curfew to run from midnight to 5am.  Many in the community criticized that declaration.  Violence again erupted on Saturday night after the curfew began.  The police chief is under fire for being “too aggressive” and relinquished (i.e. “compelled” to give up) much of his authority to the County, then to the State.  If there are enough protests, I imagine authority will be taken by  the Feds.

Violence overnight Sunday led the governor to call in the Missouri National Guard.  Certain to provoke more violence is the defense autopsy report given during a press conference on national TV this morning.  To illustrate the cultural polarization in places like Ferguson, and hundreds of other communities nationwide, here is an article about the Ferguson convenience store manager in fear for his life in a news conference where he promises he never “snitched” to police about Michael Brown’s robbery.  Such establishments need to maintain the trust of their lawless customer base.

This video was just released by FOX news.  It shows the emotion real time minutes after the shooting.  It is sure to incite a lot more anger and violence.  They won’t bother to hear other eyewitnesses say that Brown turned around and was approaching (confronting?) the officer:

Here is a plausible scenario that I assembled from a number of facts produced by the media that few in Ferguson, the media, or the White House are willing to consider:

The 300 pound young adult was high on marijuana, robbed a store, and assaulted a store clerk.  Someone called police who responded near the scene.   While near the scene, police spotted two males walking in the middle of the street and requested them to walk on the sidewalk.  One of the males, the suspect, high on drugs, approached the cop, assaulted him, and attempted to grab the cop’s weapon.  The male retreated and the cop pursued while directing the male to stop.  The young adult then turned around and began to rush the cop at which time the cop opened fire.  The first four shots to the body merely slowed the male down, and as he was falling forward, the cop continued to fire in self defense with the last two shots fired into the aggressors head.  The shooting likely occurred within a 6 to 8 second period fueled by training, muscle memory, and adrenaline in the face of the rapidly approaching, violent, large, drugged aggressor.

And HERE is affirmation of my account from the officer’s wife.

Posted by Gerardo Moochie at 7:27 PM