The pending Supreme Court ruling on protecting first amendment freedoms depends on the likes of these individuals. 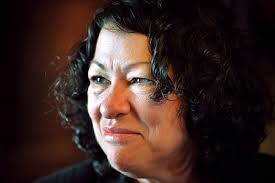 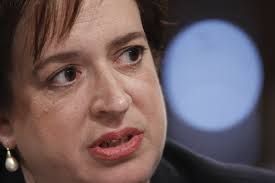 The federal government will have a right to impose a tax (a “belief” penalty) on anyone whose religious convictions contradict the views of “the State.”

In essence, the government will tax religion.  And for what purpose?  To facilitate the murder of unborn human beings.

Those who promote this abomination should be convicted of treason for they conspire against our nation’s constitutional foundation  and promote the violation of natural law.

Obviously pro-life is out of favor with our federal government.  What religious beliefs will be subject to a tax/penalty next?  Already Christians are persecuted for expressing our beliefs about sexual immorality.  Perhaps we’ll see a tax on evangelizing.  How many other Christian values will become persona non grata and subject to taxes and penalties?  Have we reached the point in this nation where our taken-for-granted “freedom of religion” has given way to the narrowly defined, boxed-in “freedom of worship?”  You know the difference, don’t you?  “Freedom of religion” is the right to practice your religion in public, in your work place, in your neighborhood and in your home.  “Freedom of worship” (minus freedom of religion) confines your rights to a church and your home only.  You no longer have the right to exercise your religious beliefs throughout your life’s activities.

How convenient for the Secular world view.  Bad news if you care about your religious convictions.  Perhaps the majority of Americans don’t have any convictions worth arguing about anymore.  We are being silenced by the tyranny of the secular majority.

Posted by Gerardo Moochie at 9:29 AM