You may be “white”, aka “Caucasian.”  You might also love your country, want it to prosper, want to defend it.  That might describe a “nationalist.”  Actually, a common definition of “nationalist” is “devotion to the interests or culture of one's nation.”  But to the left, this means you are a racist white national.

So, does being “white” and being a “nationalist” make one a racist, hater and bigot?  Advocates of Social Justice would like to make us think so. 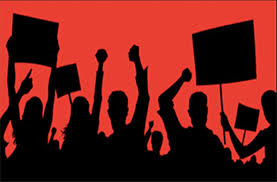 What do these groups have in common with social justice?  Each group has two primary attributes:  1) They believe they are a victim, and 2) they believe anyone who is better off is the victimizer, the oppressor, an evil being, or hater.

Being a victimizer, oppressor, an evil being or hater of course justifies being demonized.  Call whites who love their country a “white nationalist” or “racist bigot hater.”  Call males “chauvinist pigs”, “misogynists”.  Call anyone who has a bigger house or nicer car a “greedy no good capitalist.”  It won’t matter that these alleged “victimizers” are upstanding, hardworking, moral individuals.  That is beside the point for social justice leftists.

The ages old sin of envy and jealousy is deployed as a weapon to further the cause of the left and the cause of social justice in particular.

What motivates social justice warriors?  What is their underlying belief system?  First, they believe “equal outcomes” is much more important than “equal opportunity (*).”  They not only want the “opportunity” playing field to be leveled, they demand that the distribution of resources be leveled:  Income, capital, assets, possessions.  Anyone who possesses less for any reason, including indolence, incompetence, or poor life choices is the victim.  Anyone who has more than they have for any reason, including hard work, good fortune, or wisely applied intelligence, is the oppressor.   Victims must be celebrated and promoted.  Oppressors must be condemned, demonized, and in some examples in world history, slaughtered en masse (Jews were seen as wealthy bankers who  financially oppressed others.  Nazi’s and Muslims grabbed onto this belief as an excuse for genocide.)

So, here’s what happens to our words in furtherance of the social justice cause:

White means racist because whites are seen as the ones at the top of the food chain.

Male means domineering and mean, because males are seen as historically domineering over females.

Nationalist means hating all other races and nations because Globalism promises “equal outcomes” more than freedom does.

Merriam-Webster provides an excellent comparison of  “Patriotism and Nationalism” HERE.  The article demonstrates the recent  negative twist to our understanding of “nationalism.”  It won’t be long before the word “patriotism” suffers the same fate at the hands of globalists and the left.

Here are some matching concepts to consider:

HERE is an article that further discusses problems with the Social Justice movement.

*  I could argue that even “equal opportunity” policy of our federal government is a giant step toward social justice.  Affirmative action legislation, for example, is a form of reverse discrimination.  It takes opportunity away from those who have earned it or who are best qualified, and give it to those who have not earned it or who are less qualified.  Equal opportunity is an “equal outcome” policy in sheep’s clothing.

Posted by Gerardo Moochie at 5:54 PM