OK, so most critiques of Trumps’ speech to the House of Saud were favorable.  He is cited for being firmly against terror and the Islamic doctrines that are interpreted and used to promote terror.

That is fine.  But here are his speech’s glaring shortcomings.

1)  He appears to ignore and excuse Islam’s and Saudi Arabia’s human rights shortcomings:  All things Islamic, including intolerance of other faiths, an apartheid nation – both gender and religious, Saudi funding of Middle East Studies in US Universities that promote Sharia and Islamic supremacism, and Saudi support of Wahhabi Islam – or should I just say “orthodox Islam” with all its inherent violent history and doctrine.

2)  His assumption that Saudi/Islamic morality is similar to the Judeo-Christian morality of the West.  He hopes that Muslim nations will condemn the doctrines of Islam that promote violence and terror because “with God’s help, this summit will mark the beginning of the end for those who practice terror and spread its vile creed.”  He’s talking about an integral part of Islamic doctrine, folks.  The violent parts of Islam, of which there are many, are an integral part of Islam and will not change.  The “vile creed” he speaks of is as much a part of Islam as “grace” and “forgiveness” are a part of Christianity.  Trump and/or his ill-informed advisors are applying Western/Christianized 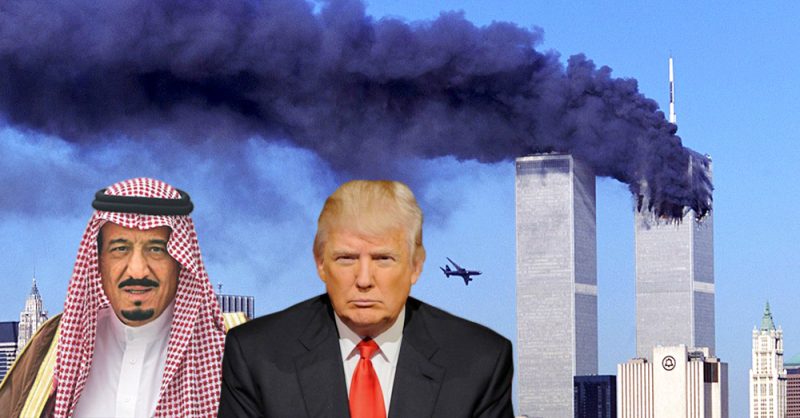 morality to Islamic nations who do not share our values.

Doing these things, Trump is doing very little differently than Obama did.  He ignores the endemic nature of Islam in favor of the great schmooze – offering up platitudes toward Saudi Arabia’s and Islam’s glaring shortcomings while pretending a moral equivalency of both with Christian values.

All of this is being done while the leaders of Saudi Arabia lie about their tolerance and their role is spreading the radicalism of Islam though our universities and other nations.

Much more could be said about this speech.  An excellent dissection of it from the perspective of those well-informed about Islam is found HERE, at Pam Geller’s website.

Posted by Gerardo Moochie at 5:19 PM